Our Board of Directors

Our Board of Directors is the highest governing body and represents the interests of all our shareholders.

Our Board comprises eight members, including the Chairman, Vice Chairman and our Chief Executive. 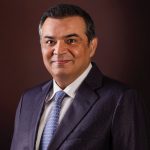 Mr. Muhammad Sohail Tabba, one of Pakistan’s leading business leaders and a philanthropist, leads a conglomerate of businesses and export houses bearing the YBG brand name. His proficient leadership in diverse sectors – textiles, cement, energy, entertainment, real estate and philanthropy – spanning over three decades – has earned laurels and accolades for his group and the country.

Mr. Tabba, the Chairman of Lucky Core Industries Limited started as a Non-Executive Director on the Board of Lucky Core Industries Limited in 2012 and was appointed as Chairman of the Company in 2014. He is also Chairman of NutriCo Morinaga (Private) Limited, the state-of-the-art infant formula manufacturing facility, which was established in Pakistan as a joint venture with Morinaga Milk Industry Co. Ltd. Japan and Unibrands (Private) Limited. Mr. Tabba’s leadership, personal credibility and strong interpersonal skills have been instrumental to the success of this joint venture.

Mr. Tabba’s relentless energy, his vision, and his ability to think outside the box created LuckyOne Mall, which attracts people from all walks of life. His vision was to provide a world-class entertainment facility for children which materialised as Onederland at LuckyOne Mall.

Besides being the Chairman of Yunus Energy Limited and CEO of Lucky Energy (Private) Limited, Lucky One (Private) Limited; he is Director of Lucky Cement Limited, Lucky Motor Corporation Limited, and several other companies. Mr. Tabba’s strong social presence in the business community has led him to become the founding member and first Vice President of the Italian Development Council. He is playing an instrumental role in contributing to the educational landscape of Pakistan by serving on the Board of Governors of the Textile Institute of Pakistan. He has also previously served on the board of Hamdard University.

Driven towards contributing to the community, Mr. Tabba is playing a pivotal role as a Director of Aziz Tabba Foundation that runs the Tabba Heart and Kidney Institutes in addition to other welfare projects. Mr. Tabba’s determination to contribute to the community has transformed the children emergency rooms of the government hospitals. He became the Founding Trustee of ChildLife Foundation Pakistan in 2012. His contributions to the healthcare sector of Sindh and Baluchistan has manifested in the treatment of 3.1 million children in ChildLife Emergency Rooms and 4.7 million children in ChildLife Clinics. In the past decade, ChildLife Foundation has evolved extraordinarily and today, 10 contemporary emergency rooms are functioning efficiently in the under-resourced hospitals of Sindh and Baluchistan. 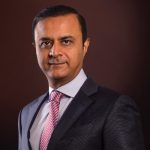 Appointed the Vice Chairman of Lucky Core Industries Limited on December 28, 2012, Mr. Muhammad Ali Tabba has since played a pivotal role in providing a strategic vision to the Company. Mr. Muhammad Ali Tabba is also the Chief Executive of Lucky Cement Limited, succeeding his late father in 2005. He also serves as the Chief Executive Officer of Yunus Textile Mills Limited (YTM), a state-of-the-art home textile mill with subsidiaries in North America and Europe.

In recognition of his exceptional services and contributions in the social development sector of Pakistan, World Economic Forum (WEF) in 2010 bestowed the title of “Young Global Leader” to Mr. Muhammad Ali Tabba. He is also the recipient of Karachi Chamber of Commerce and Industry “Businessman of the Year” Gold Medal Award for 2012- 13.

With extensive engagements in many community welfare projects, Muhammad Ali Tabba also serves on the Board of Governors at numerous renowned Universities, Institutions and Foundations. He is the Vice Chairman of a not-for-Profit organization, Aziz Tabba Foundation. The Foundation is working extensively in the field of social welfare, education, health and housing. The Foundation runs two state-of-the-art Hospitals in Karachi; 170 bed Tabba Heart Institute (THI) which is a dedicated Cardiac Care Hospital and 100 bed Tabba Kidney Institute (TKI), a specialized institution providing comprehen- sive treatment for Nephro-Urological disorder.

In 2018, the Government of Pakistan awarded him with Sitara-E-Imti- az for his outstanding services and contributions to the business as well as the social development sectors of Pakistan. 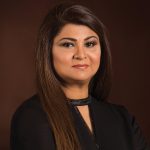 Appointed as a Non-Executive Director on the Board of Directors of Lucky Core Industries Limited on December 28, 2012, Ms. Amina Abdul Aziz Bawany is a postgraduate in Early Years Education with over ten years’ experience in the education sector. She has held a key oversight position within the Yunus Brothers Group (YBG) and possesses a versatile skill set with experience in customer relations and sales and is known for her attention to detail and excellent communication skills.

She is also on the boards of various charities that successfully raise funds for medical and educational needs of underprivileged citizens of Pakistan. In addition, Ms. Amina also serves as Director on the Board of Y.B. Pakistan Limited and Lucky Textile Mills Limited. 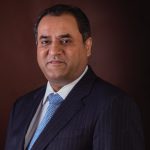 Appointed as a Non-Executive Director on the Board of Directors of Lucky Core Industries Limited on April 29, 2014, Jawed Yunus Tabba has a rich experience in the textile industry and is currently the Chief Executive Officer and Director of Lucky Textile Mills Limited. His untiring efforts helped him acquire deep insight and expertise into export and manufacturing activities. He has been instrumental in managing the textile concerns of the Yunus Brothers Group (YBG) and has transformed Lucky Textile Mills Limited into one of the premier Textile Companies of Pakistan. Lucky Textile Mills Limited is among the top five home textile exporters from Pakistan and has been a story of rapid expansion and diversification in the textile industry under his leadership and guidance. Mr. Jawed Yunus Tabba is also the Vice Chairman of Yunus Brothers Group.

He is on the Board and related subcommittees of Lucky Cement Limited, Gadoon Textile Mills Limited and Lucky Motors Corporation Limited. He is involved in the formulation of vision, strategies and governance structures of these companies.

Mr. Jawed Yunus Tabba is also managing the Real Estate Project LuckyOne, which is the largest mall in Pakistan. LuckyOne is currently touted as a multi-faceted, first of its kind regional shopping mall which has revolutionised the shopping experience in Pakistan.

Mr. Jawed Yunus Tabba is also extensively engaged in community welfare projects which include the Aziz Tabba Foundation (ATF). The Foundation works extensively in the field of social welfare, education, health and housing. He is also a member of the Young President Organization (YPO). 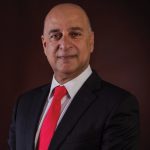 Mr. Jooma has previously served as President of the American Business Council, President of the Overseas Investors Chamber of Commerce and Industry (OICCI) and Chairman of the Pharma Bureau. He has also served as a Director on NIB Bank Limited, Engro Fertilisers Limited and Director and Member Executive Committee of the Board of Investment (BOI) – Government of Pakistan. Mr. Jooma currently serves on the Board of National Bank of Pakistan, Systems Limited, Pakistan Tobacco Company Ltd and International Industries Ltd. and is the Chief Executive of NutriCo Morinaga (Private) Limited. 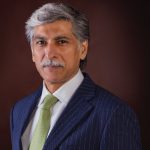 Khawaja Iqbal Hassan was appointed as an Independent Director on the Board of Lucky Core Industries Limited on January 18, 2013.

Mr. Hassan presently serves on the Board of Directors of Engro Corporation Limited, as well as the Board of Governors of the Karachi Grammar School. He is also a Trustee of the Layton Rahmatullah Benevolent Trust (LRBT), the Cardiovascular Foundation and the Tauheed Trust. Mr. Hassan is also Chairman of the Advisory Committee of the Development Corporation Advisers Pakistan (Private) Limited, a wholly owned subsidiary of the CDC Group plc of the UK.

Mr. Hassan is a former Vice Chairman of the Pakistan Bankers’ Association and has served as Chairperson, Banking Sector Committee on Reform of Pakistan’s Banking Companies Ordinance. He has also been a member of the Prime Minister of Pakistan’s Task Forces on Foreign Exchange Reserves Management, Corporate Tax Reform and Capital Markets Reform.

In 2008, Mr. Hassan was awarded the Sitara-e-Imtiaz by the Government of Pakistan for meritorious contributions to national interests. Syed Muhammad Shabbar Zaidi was appointed as an Independent Director on the Board of Directors of Lucky Core Industries Limited in May 2020.

A chartered accountant by profession, Mr. Zaidi served as the 26th Chairman of the Federal Board of Revenue (FBR) from May 2019 till April 2020. He previously also served as a Provincial Minister for Finance, Board of Revenue and Excise & Taxation, in the Government of Sindh during the 2013 caretaker setup.

Mr. Zaidi was also a member of the Federal Government Task Force for Reform of Tax Administration in 2002 and authored the report.

A retired senior partner at A. F. Ferguson & Co, he also serves as Chairman on the Securities & Exchange Commission Committee formed for Corporate Industrial Rehabilitation Reform and is a member of the Economic Advisory Council. He is a fellow member of the Institute of Chartered Accountants of Pakistan and has also served as President of the Institute from 2005-2006. Mr. Zaidi has also served as member of Developing Nations Committee of International Federation of Accountants, President South Asian Federation of Accountants, Founder Director of Pakistan Institute of Corporate Governance, member Central Audit Committee of the State Bank of Pakistan and was the Director of the Karachi Stock Exchange Limited from 2012-2015.

Among his non-profit work, he is a trustee of the Sindh Institute of Urology & Transplantation (SIUT) and member of Board of Governors of Liaquat National Hospital and Karachi School of Business and Leadership (KSBL).

Mr. Zaidi has also authored books, including ‘A Journey for Clarity’ and ‘Pakistan: Not a Failed State’. 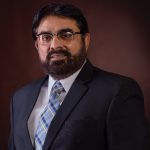 Mr. Abid Ganatra is the Vice President of Soda Ash business at Lucky Core Industries Limited and is a distinguished professional with over 20 years of diversified experience in senior management positions. His expertise is in financial management, operational management, capital restructuring, mergers and acquisitions, corporate and legal affairs as well as taxation.

He was appointed as a Director on the Board of Lucky Core Industries Limited on December 28, 2012, and from April 2013 onwards he also served as the Chief Financial Officer of the company for over seven years. Mr. Ganatra has been associated with the Yunus Brothers Group since 1994.